You are here: Home / Top Stories / Opinion: What exactly is Flake looking for? 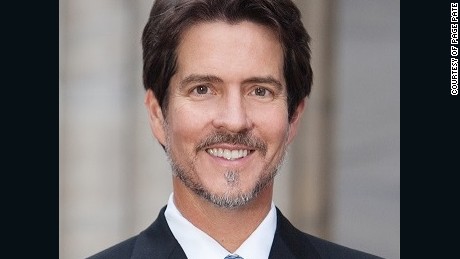 I understand why people may be surprised to learn that a person can be charged with a sex crime when there is no evidence other than the allegation of the person claiming to be the victim. But that’s the way the law works in many states, including Maryland, where Christine Blasey Ford said she was assaulted by Supreme Court nominee Brett Kavanaugh when they were teenagers. In a sex crime case, “he said, she said” may be enough to send someone to prison for a long time.
Agree with them or not, these laws make sense. Corroborating evidence is often nonexistent in sex crime cases. There is rarely an eyewitness to the assault because most of these crimes are committed when no one else is around. Physical evidence, while certainly present in some cases, is often elusive when the allegation relates to an incident that occurred many days or years before the report is made.
That’s why there should not be any expectation that the FBI, which is conducting a supplemental background investigation into Judge Brett Kavanaugh, will be able to corroborate Christine Blasey Ford’s allegation.
And although Ford has identified Mark Judge as an eyewitness to the alleged assault, he may have been too drunk to remember the incident at all. And it should not be surprising if the other people who may have been present that day over 36 years ago simply have no memory of the gathering now. It makes perfect sense that they would not remember it as clearly as Ford. It was an extremely significant day for her, not so much for them.
Of course, there would also not be any physical evidence available to corroborate this allegation. It was not reported at the time. And, because it was allegedly an attempted rape, there may not have been any physical evidence even if it was investigated by law enforcement the very next day.
And while the FBI may now be slightly expanding what was initially a very restricted investigation, the effort remains focused on gathering interview notes, not investigating a crime.
Consider how significant the difference is. In addition to tight time constraints that are usually not present in criminal investigations, the FBI is also expected to follow traditional protocols for conducting a background investigation. This will likely mean the investigation will be extremely limited. I do not expect the FBI will try to turn over every rock, follow every lead, or even re-interview critical witnesses if new evidence is uncovered during the investigation.
While I initially thought Rachel Mitchell, the Arizona prosecutor brought in by Sen. Chuck Grassley to question Ford before the Senate Judiciary Committee, believed Ford’s allegations, I must have been wrong. Mitchell has since written a five-page memo criticizing various aspects of Ford’s testimony and, unnecessarily in my opinion, explaining why Kavanaugh shouldn’t be criminally charged based solely on Ford’s statements.
Although I agree with that conclusion based on the very limited information presented at the committee hearing (a deficiency Mitchell seems to acknowledge), a robust criminal investigation could very well change that calculation and uncover sufficient evidence to charge Kavanaugh with a crime. But, despite at least one request, it doesn’t appear that will ever happen unless Ford personally initiates it, something she has so far chosen not to do.
The problem is that at least one senator critical to Kavanaugh’s nomination wants more than just the word of Ford. In requesting this FBI supplemental investigation, Sen. Jeff Flake expressed what appears to be a common thought: Ford’s testimony was “compelling” and “credible” but we need more evidence because Kavanaugh is entitled to a “presumption of innocence to the accused, absent corroborating evidence.”
But what sort of corroborating evidence is Flake looking for. Would it be sufficient if the FBI could simply corroborate that there was a party in the summer of 1982 that both Ford and Kavanaugh attended? Would it be enough if the FBI could prove that Kavanaugh, despite his claims to the contrary, has been so intoxicated on one or more occasions that he blacked out? Or is Flake going to require independent evidence that the sexual assault actually occurred?
Of course, this is a judicial confirmation and not a criminal trial. Awarding Kavanaugh a presumption of innocence after Ford’s allegation is neither necessary nor appropriate under the law. The Senate’s constitutional obligation in this process is to provide the President with its “advice and consent” with respect to judicial nominees. In fulfilling that responsibility, the Senate looks to a wide variety of factors, none of which are exclusively determinative. There is no such thing as a “presumption of confirmation.”
https://lawyerfirmnews.com/wp-content/uploads/2018/10/151203184624-page-pate-hedshot-large-169-1-1.jpg 259 460 Lawyer Firm News https://lawyerfirmnews.com/wp-content/uploads/2018/02/logo-lawyerfirm-news-300x100.png Lawyer Firm News2018-10-03 18:55:352018-10-03 19:30:11Opinion: What exactly is Flake looking for?
Christine Blasey Ford inspired me to break my silence