You are here: Home / News / Why is George W. Bush wasting his non-Trumpiness? 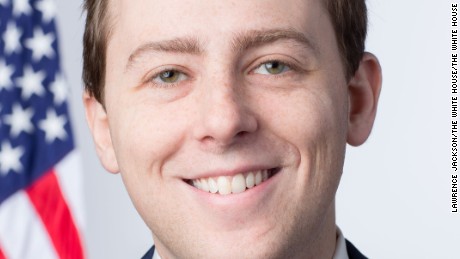 During the Obama years, when asked about his poorly-rated tenure, our 43rd President had a ready answer. “History will judge.” Left unsaid — and likely unanticipated — was that history would soon be grading on a curve. Bush’s poll numbers, with a dismal 39% approval when he left office according to Gallup, have experienced a Trump bump to rival any of the current President’s primary-season endorsees. The biggest gains for Bush haven’t come from Republicans, who were fans already. Instead, by the beginning of this year, the commander-in-chief who started a war on false pretenses and brought America to the brink of a second Great Depression was polling at 54% among Democrats.
Has the resistance found religion on the waterboarding and trickle-down economics that marked the Bush years? Of course not. But it does place a high value on George W. Bush’s new key attribute: not being Trump.
To Bush’s credit, he’s gone out of his way to assert his not-Trumpiness on several occasions. During the 2016 campaign he refused to condemn the President by name, but he also declined to endorse him. Last year he decried “nationalism distorted into nativism.” When Trump abandoned the Iran nuclear deal, Bush warned of the “dangers of isolation.” He’s made it clear that, as an ex-president, he won’t criticize a current commander-in-chief. But he’s also made it clear he’s not a fan.
So now, with less than two months until the midterms, President Bush is taking action, rolling up his sleeves and getting back in the fray. And what exactly is the danger he’s jumping back into the arena to prevent? The separation of families at the border? Attacks on a free press? Attempts to use the Justice Department to reward friends and punish political enemies?
“While he prefers to consider himself retired from politics,” Bush spokesman Freddy Ford announced, “he recognizes how important it is to keep the Senate and decided to help a few key candidates.” (He has also decided to help fundraise for a few key Republican house candidates, most notably in his native Texas.)
It would be unfair to make this about an ex-president’s character. By all accounts, George W. Bush conducts himself with the decency and integrity so sorely missing from the White House today. But for a self-styled “decider,” re-entering the political arena in this way is a truly terrible decision.
If Republicans control Congress come January 2019, there will be no check, in any branch of government, on President Trump’s worst impulses. President Bush knows this. He has spoken about just how terrible those impulses are. He recognizes the danger to his country, he recognizes the danger to his party, and he has chosen to do something about the latter instead of the former.
Contrast this with another recent ex-president who has entered the midterm fray. “Donald Trump is a symptom, not a cause,” said President Barack Obama last week, urging young people to turn out and vote in the midterms on November 8. He also spoke directly to Republicans, arguing that even if you disagree with Democrats on policy, protecting our democracy requires a Congress that will stand up to Trump’s authoritarianism instead of abetting it.
Full disclosure: I was a White House speechwriter from 2011 to 2016, and I wrote a memoir called “Thanks, Obama.” Whether or not you agree with President Obama, his message is consistent. It reflects a view that our democracy is facing a crisis, and that only by working together can we avert it. George W. Bush’s words have said one thing, but his actions –and his donor network — are saying another. To paraphrase President Bush’s campaign-trail line about John Kerry, the record isn’t matching the rhetoric.
If George W. Bush publicly re-examined the role he played in allowing threats to our democracy to flourish, he would cement his legacy as an ex-president. But he hasn’t done this. Perhaps he can’t do it. Perhaps he shares whatever blind spot keeps patriotic Republicans like Jeff Flake, Bob Corker, and Ben Sasse from fully embracing their patriotism: He can name the monster, but he cannot recognize his role in its creation.
The rest of us can, however. And while plenty of Republican voters are rightly dismayed that their party has strayed from traditional conservative values, it’s hardly surprising that today’s GOP politicians enable rather than curb a Presidents’ authoritarian instincts. The party of tax cuts for its wealthiest donors won’t fight corruption. The party that told us Iraq possessed weapons of mass destruction won’t push back against a President’s lies. Unfortunately for the entire country, blissful ignorance of the link between cause and effect has become a prerequisite for Republican politicians in 2018. After all, if you believe that guns don’t lead to gun violence, it’s easy to deny that the party that nominated Donald Trump led to the presidency of Donald Trump.
At a recent dinner hosted by the bipartisan Atlantic Council, former Secretary of State Condoleezza Rice made a particularly unsubtle anti-Trump case for President Bush. “Ultimately, true leadership requires being, deep down, a good person,” she said.
But true leadership requires more than that. It requires knowing how to amplify your deep-down goodness through the policies you pursue and the decisions you make. That’s why history will be kind to the Republicans who truly put country first. And it’s why, for enabling a President who he knows poses a dire threat to America, history will once again judge George W. Bush as a leader whose judgment was catastrophically poor.
https://lawyerfirmnews.com/wp-content/uploads/2018/09/160727184043-david-litt-hedshot-large-169-1.jpg 259 460 Lawyer Firm News https://lawyerfirmnews.com/wp-content/uploads/2018/02/logo-lawyerfirm-news-300x100.png Lawyer Firm News2018-09-15 10:01:482018-09-15 11:47:08Why is George W. Bush wasting his non-Trumpiness?
NASA launches laser device into space to measure Earth's polar ice

5 games to ramp up your tailgating fun
Scroll to top