You are here: Home / News / 100 people still need to be rescued in North Carolina town 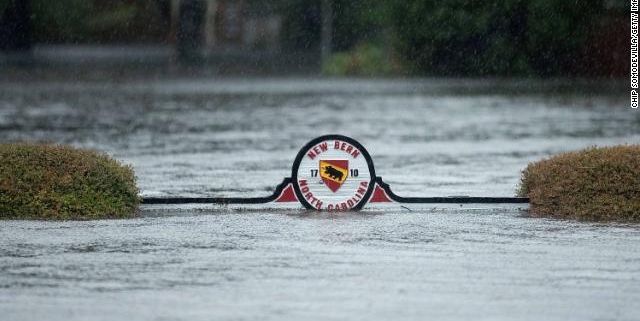 A North Carolina man went to sleep during Florence — and woke up to tree branches in his bedroom.

Harry Mathias III said his father was sleeping in his New Bern home when a tree came crashing through the ceiling.

“About an hour after he fell asleep, a piece of drywall came in from the ceiling woke him, along with the rest of us, with a loud bang,” he told CNN. “After taking a look we realized rain water was coming in and tree branches were coming in from the attic.”

He added: “If the tree had fallen about 3-4 more feet, it would have crushed my father to death.”

Despite the harrowing experience, Mathias said he dad went out to cut up other fallen trees in the rain, just 10 hours afterward.