You are here: Home / News / Brexit is like a screaming child. 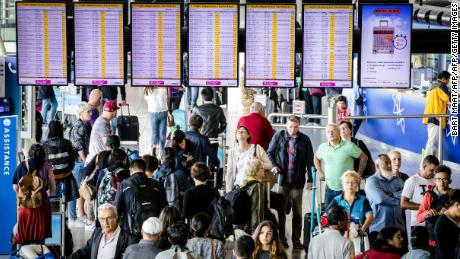 There’s no doubt foreign audiences are interested in the process. It is unprecedented, after all. Diplomats from across Europe — and elsewhere — are trying to figure out what Brexit will mean, but mostly in terms of what kind of UK will come out of Brexit rather than what kind of EU.
This much is also clear in the media coverage of Brexit in the EU. Research by the Reuters Institute showed that nearly 60% of Brexit coverage has presented it as a UK-only problem rather than something with big implications for other member states or the EU more widely. And this figure rises to nearly 70% when Irish media is excluded.
This is partly because the economic risks from Brexit for most EU member states are seen as negligible and certainly manageable. Academic work suggests about 12% of the UK economy is at risk from Brexit, whereas the EU average is more like 2.5%.
Hence the calculation on the EU side that the worst-case outcome from the talks is not “no deal,” but any agreement that could undermine the EU single market. The top priority is preserving the benefits of membership — a delicate balance of rights and obligations that the EU is loath to disrupt for the UK’s sake.
Speak to European Commission officials in Brussels and the phrase “existential threats” is never far from their lips. Brexit, however, is not in this category.
The agenda for the last European Council meeting in June gave us an idea of what comes first: migration; security and defense; economic reforms; the digital agenda; the next EU budget.
Quite the list, and it doesn’t even include some of the other issues facing the EU, from structural reforms to the EU itself — and the eurozone in particular — to challenges posed to the rule of law by the likes of Poland and Hungary.
Brexit overwhelmingly affects just one member state — now on the way out — and as a result is a bit of a niche concern.
This has been one of the UK’s problems in handling EU relations throughout its membership. Rather than seeking EU-wide solutions to the bloc’s problems, the focus has been on wanting EU-wide solutions to UK problems.
The renegotiation that former British Prime Minister David Cameron attempted prior to the referendum was a case in point. He wanted changes on migration rules for EU citizens while other member states’ concern was overwhelmingly non-EU migration, to which the UK was largely immune, given its geography and non-membership of the Schengen area. 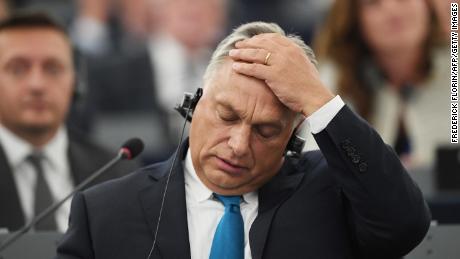 Attention in the EU will certainly pivot to Brexit as the negotiations come to a head this autumn, or winter, or next spring. No one is quite sure when. And while it is far from the number one priority for most member states, there’s no doubt they all want to secure a deal.
For the eastern member states, in particular, they want to ensure relations with the UK remain on good terms to safeguard the UK’s sizable contribution to defense and security on the continent.
When the deal is done, however, Michel Barnier, the EU’s Brexit negotiator, will move on. So will his team.
Attention will turn to the European Parliament elections this summer and to the commission’s presidency after that. There will be a new political term in both institutions, and a desire to reset the agenda and press on with resolving priority issues that will strengthen political, economic and diplomatic relations internally.
Meanwhile, the UK will still be holding the screaming child.
https://lawyerfirmnews.com/wp-content/uploads/2018/09/180913145606-file-travel-congestion-large-169-1.jpg 259 460 Lawyer Firm News https://lawyerfirmnews.com/wp-content/uploads/2018/02/logo-lawyerfirm-news-300x100.png Lawyer Firm News2018-09-14 10:00:042018-09-14 12:46:05Brexit is like a screaming child.
Olswang’s former CEO put in charge of CMS’s tech revamp Trainee and newly qualified solicitor salaries
Scroll to top